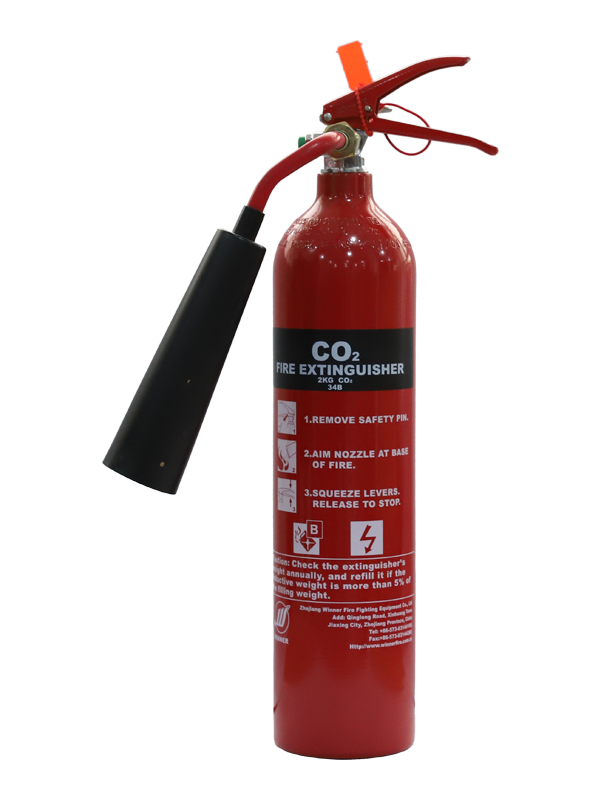 2. Principles of fire extinguishing
The liquid carbon dioxide is compressed in a small steel cylinder when pressurized, and then sprayed out when the fire is extinguished, which has the effect of cooling down and isolating air.
Carbon dioxide fire extinguishers are mainly used to extinguish the first fires of valuable equipment, archives, instruments, electrical equipment below 600 volts, and oil.
3. Scope of application
It has good fluidity, high injection rate, non-corrosive container and non-perishable properties, and is used to extinguish the first fires of books, files, valuable equipment, precision instruments, electrical equipment below 600 volts, and oil. It is suitable for fighting class B fires, (such as kerosene, diesel, crude oil, methanol, ethanol, asphalt, paraffin, etc.) fires. Suitable for fighting class C fires (such as gas, natural gas, methane, ethane, propane, hydrogen, etc.). Class E fires (fires in which objects burn with electricity).
4. How to use
How to use: First pull out the safety pin, then press the pressure handle, and aim the nozzle at the root of the flame to spray. [2]
.Notes: When using, try to prevent the skin from frostbite caused by direct contact with the spray tube and spray hose. When fighting an electrical fire, if the voltage exceeds 600 volts, remember to cut off the power before putting out the fire.