Home / News / What are the types, uses and methods of fire extinguishers?

What are the types, uses and methods of fire extinguishers?

The first type is a foam fire extinguisher.

use:
1) It is suitable for fighting general fires, such as oil products, grease and other fires that cannot be rescued by water.
2) Fires involving water-soluble flammable and flammable liquids, such as alcohols, esters, ethers, ketones, etc., cannot be extinguished;
3) Foam fire extinguishers cannot be used to extinguish fires on live equipment

Instructions
1) Remember not to tilt or move it before reaching the fire source.
2) Pull out the safety plug when the distance from the fire source is about 10 meters.
3) After unplugging the safety plug, turn the fire extinguisher upside down, hold the lifting ring tightly with one hand, and hold the bottom ring of the cylinder with the other hand.
4) Just aim at the source of the fire and spray. 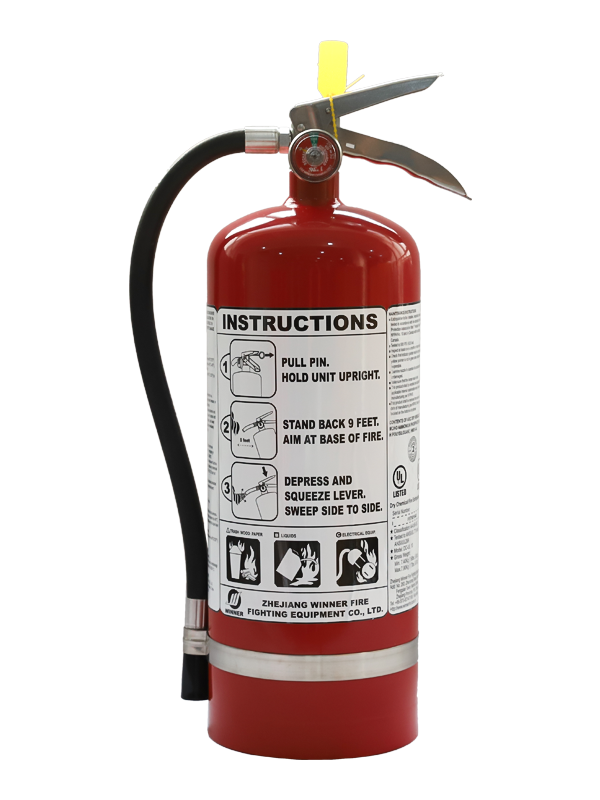 The second type is a dry powder fire extinguisher.

use:
1) Dry powder fire extinguishers can extinguish general fires, and can also extinguish fires caused by the burning of oil and gas.
2) It is mainly used to extinguish the initial fires of flammable liquids such as petroleum and organic solvents, combustible gases and electrical equipment.

Instructions:
1) Unplug the safety bolt and shake it up and down a few times.
2) According to the wind direction, stand in the upwind position.
3) Aim at the root of the flame, hold the pressure handle with one hand and the nozzle with the other to extinguish the fire.

The third type is a carbon dioxide fire extinguisher.

use:
1) Used to extinguish the first fires of books, files, valuable equipment, precision instruments, electrical equipment below 600 volts and oil.
2) Suitable for fighting general class B fires, such as oil products, grease and other fires, and also suitable for class A fires
3) Can not put out fires of water-soluble flammable and flammable liquids in Class B fires, such as alcohols, esters, ethers, ketones, etc.
4) Live equipment and Class C and D fires cannot be extinguished.

Instructions:
1) Do not tilt the fire extinguisher excessively before use, let alone hold it horizontally or upside down, so as to prevent the two agents from mixing and spraying out in advance.
2) Pull out the safety bolt, turn the barrel upside down, hold the lifting ring tightly with one hand, and hold the bottom ring of the barrel with the other hand
3) Point the jet at the burning material and press the handle to extinguish the fire

Precautions
When using a carbon dioxide fire extinguisher, be careful not to hold the sprayed iron rod to avoid frostbite your hands.

0
PREV: What are the components of a fire extinguisher?
It is the last article