Home / News / What is the working principle of a fire extinguisher？

What is the working principle of a fire extinguisher？

We all know that there are three conditions for combustion, combustion substance, oxygen and temperature. Only one of them is not satisfied to achieve the purpose of extinguishing fire.

The structure of the wind fire extinguisher is very simple, an electric motor, blades, ducts, and batteries.

Carbon dioxide fire extinguishers are mainly used to make up for the initial fires of valuable equipment, archives, instruments, electrical equipment below 600 volts, and oil.

The extinguishing agent in the clean water fire extinguisher is clean water. Water has lower viscosity, higher thermal stability, higher density and higher surface tension at room temperature. It is an old and widely used natural fire extinguishing agent, easy to obtain and store. It mainly extinguishes fire by cooling and suffocating. Because each kilogram of water is heated from room temperature to the boiling point and completely evaporated and vaporized, it can absorb 2593.4KJ of heat. Therefore, it uses its own absorption of sensible and latent heat to play a cooling and extinguishing effect, which is unmatched by other fire extinguishing agents. In addition, the water vapor formed after the water is vaporized is an inert gas, and its volume will expand by about 1700 times. When extinguishing a fire, the water vapor generated by water vaporization will occupy the space of the combustion area, dilute the oxygen content around the combustion material, prevent fresh air from entering the combustion area, greatly reduce the oxygen concentration in the combustion area, and then achieve the purpose of suffocating and extinguishing. When the water is in the form of spray mist, the specific surface area of ​​the formed water droplets and mist droplets will be greatly increased, enhancing the heat exchange between water and fire, and then strengthening its cooling and asphyxiating effects. In addition, it can also dilute some combustible and flammable liquids that are soluble in water; the water mist produced by strong jets can emulsify the combustible and flammable liquids, so that the surface of the liquid is sensitively cooled and the rate of flammable vapor generation is reduced. Reach the purpose of extinguishing fire. 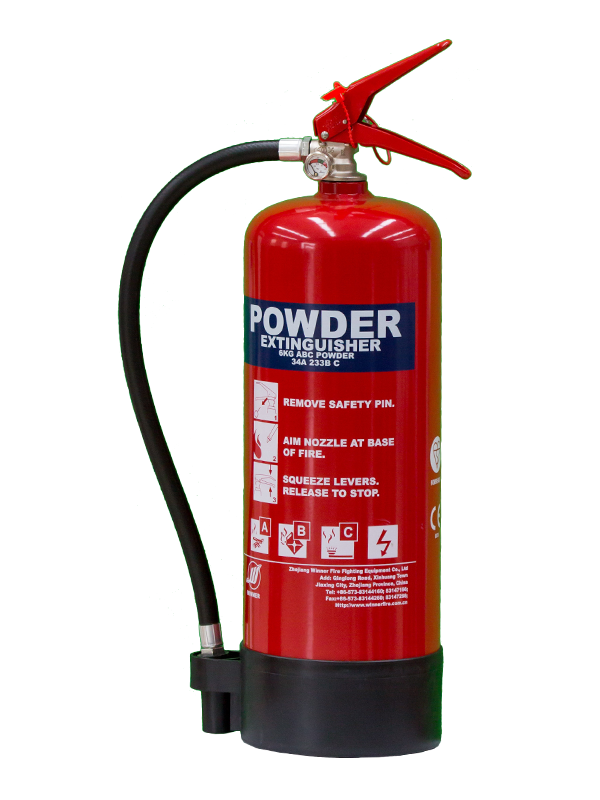 Zhejiang Winner Fire Fighting Equipment Co., Ltd. was founded in 1994, has more than 1,000 sets of production and testing equipment. As a famous China Fire Extinguisher Manufacturers and Fire Extinguisher factory, the company is engaged in research, development, manufacture and sales of fire-fighting equipment and security equipment, and built a fire-fighting test room of the National Fire-fighting Inspection Center. It is one of the largest manufacturers in China to obtain product certification. The products include: Carbon dioxide fire extinguisher, dry powder fire extinguisher, water-based fire extinguisher, seamless steel cylinder, seamless aluminum alloy cylinder, high pressure cylinder for the on-board storage of compressed natural gas(CNG), cylinder valve, extinguisher valve, wholesale Fire Extinguisher and so on. With the enterprise principle "create value for customers to gain its own development and interests", Winner Fire is struggling all the way to become a standardized, internationalized and lasting enterprise.

0
PREV: How to repair a fire extinguisher？
It is the last article