What is the correct way to use a fire extinguisher？ 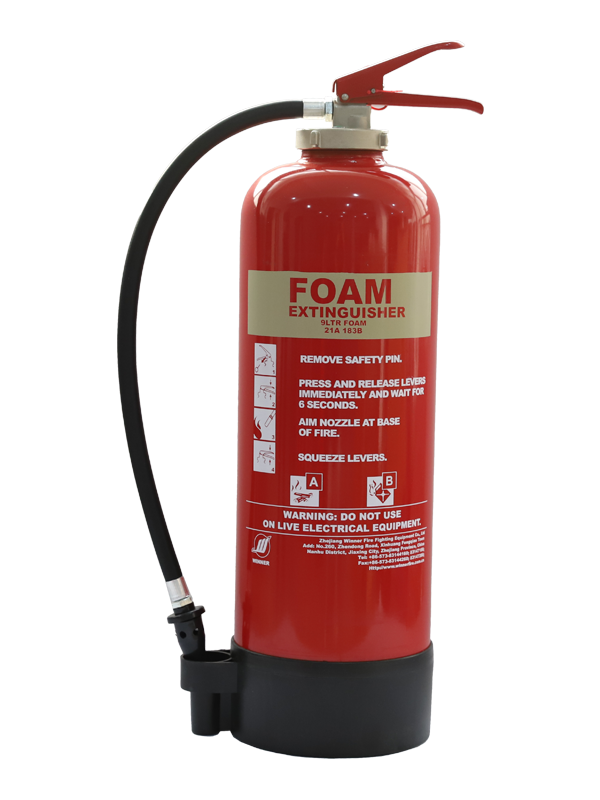 Scope of application: It is suitable for fighting general class B fires, such as oil products, grease, etc., and can also be applied to class A fires, but can not fight water-soluble flammable and flammable liquid fires in class B fires, such as alcohol, ester, etc. Ether, ketone and other substance fires; also can not put out live equipment and class C and D fires.

1. Hand-held method of use: You can carry the lifting ring on the upper part of the barrel to quickly go to the fire scene. At this time, care should be taken not to tilt the fire extinguisher excessively, nor to hold it horizontally or upside down, so as to prevent the two agents from mixing and spraying out in advance. When the distance from the ignition point is about 10 meters, the cylinder can be turned upside down, holding the lifting ring tightly with one hand, and holding the bottom ring of the cylinder with the other hand, aiming the jet at the burning material.
2. Cart-style usage: When using, two people are required to operate. First push and pull the fire extinguisher quickly to the fire site, and stop at a distance of about 10 meters from the fire point. After one person releases the spray hose, hold the spray gun firmly with both hands and aim at the burning The other is to turn the handwheel counterclockwise to raise the screw to the highest position to open the cap, then tilt the cylinder backwards, make the lever touch the ground, and rotate the valve handle 90 degrees to spray Foam to extinguish the fire. If the valve is installed at the spray gun, the person responsible for operating the spray gun opens the valve.